“Blue/Orange explores the connection between ethnicity and perceptions of mental health…it illuminates the way psychiatry can be strategic – and anatomises the politics of medical care.” Evening Standard (London)

“In the great way of comedy, Blue/Orange touches on great themes: self-advancement at the expense of others and perceptions of sanity.” The Independent )London)

Christopher stands on the cusp of release from a psychiatric ward. The problem is he still thinks oranges are blue. Psychiatrists Robert and Bruce are juggling the moral compass between their own personal and professional gain as they argue over whether Christopher should be released back into society. Bruce believes he still needs professional help whereas Robert, his senior, feels he would be better placed amongst ‘his community’…and besides ‘he’ll be less of a drain on resources’.

Stuart Halusz, Artistic Director THEATRE 180, says, “I am thrilled to be directing a stellar cast in this compelling modern classic which challenges our notion of ethnic prejudice and mental wellness in society.”

Blue/Orange was first performed in the Cottesloe auditorium of the Royal National Theatre, London, on 7 April 2000.

This production is made possible through project funding from the Department of Local Government, Sport and Cultural Industries. 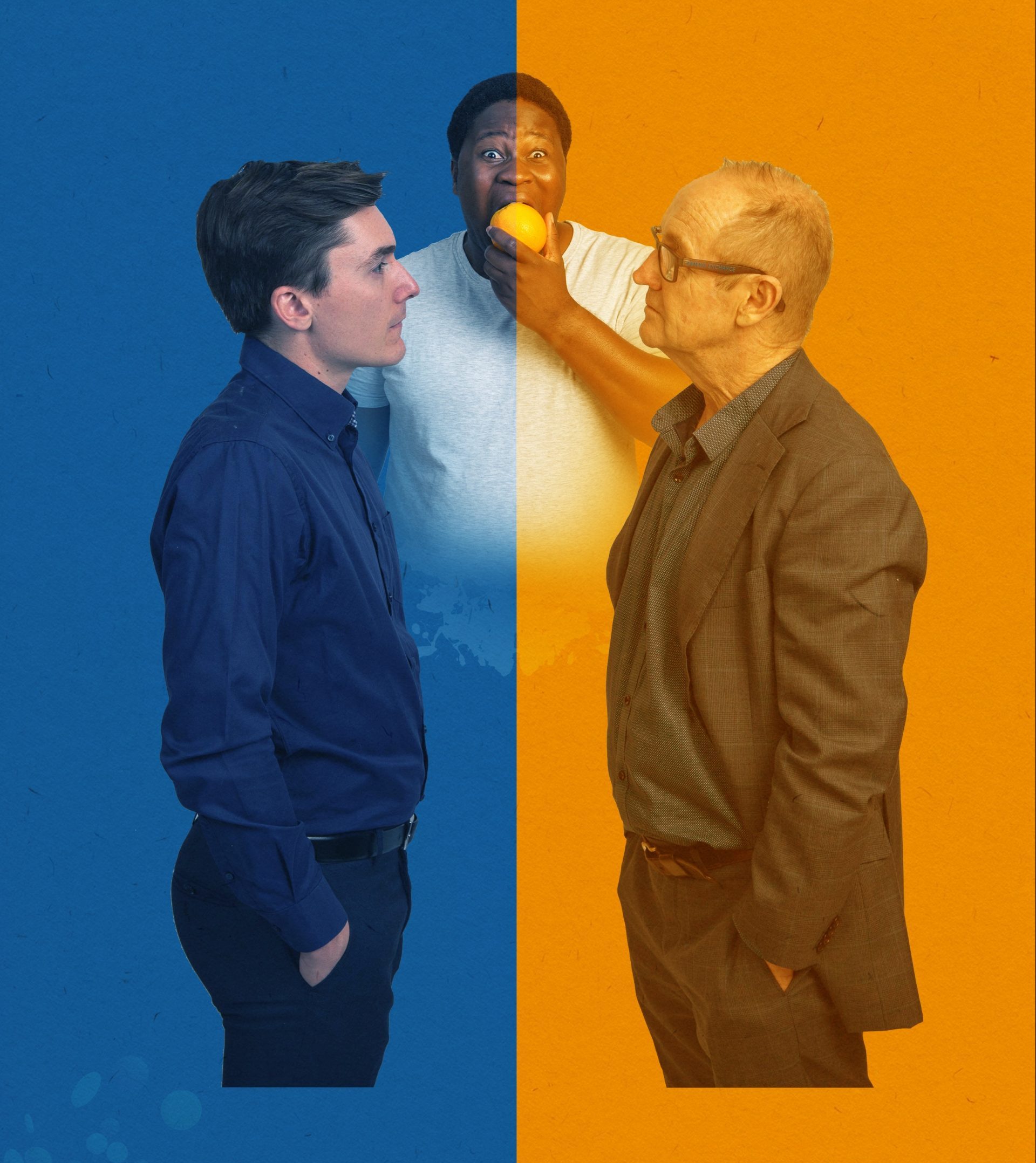 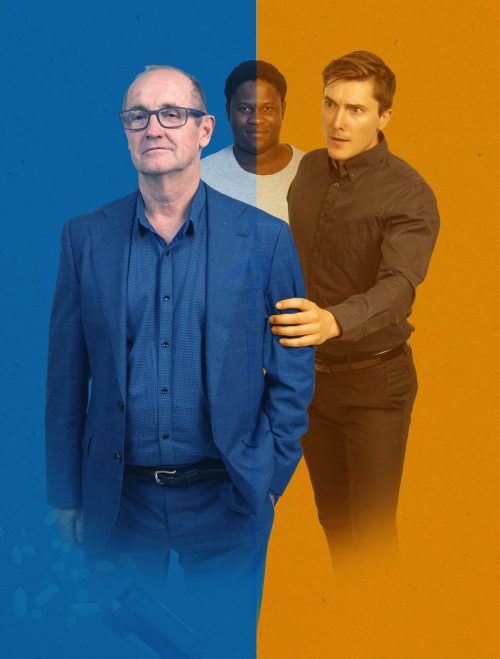