THEATRE 180 evolved from Agelink Theatre, which was founded in 1993 by Jenny Davis OAM who was later joined by Sally Tunnicliffe under the motto MEMORIES NOURISH THE SOUL. For 28 years Agelink has been the national leader in bespoke plays based on oral and recorded histories, mainly through interviews and reminiscence workshops with seniors. This work continues today with THEATRE 180’s Agelink Pillar.

Also working in the intergenerational space, we excel in delivering programs which connect seniors centres or nursing homes with students from primary and senior schools. Enriching, nourishing and incredibly empowering, these programs serve to acknowledge and validate the contribution of seniors in our society.

Our enduring partnership with Capital Radio 101.7fm means that we are able to connect with their listeners and take our programs to a wider audience, with many of our shows being live broadcast and deliverable as podcasts.

Our partners and commissions have included organisations such as Legacy WA, Amana Living, Bethanie Health Care, Veterans Affairs, heritage venues, the National Trust, community organisations, and local councils and shires, and our productions have been seen by audiences throughout Perth, regional Western Australia and on tour around Australia and Internationally.

In 2016 Agelink was a Finalist in the Seniors Awards, and Runner Up 5th Asia Pacific Awards, for our work with people with dementia, and in 2017 Founding Artistic Director Jenny Davis was awarded an OAM for her services to the performing arts industry. In 2016, she was announced as the Juniper Champion for Seniors at the WA Seniors Awards. 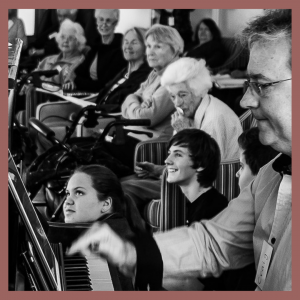 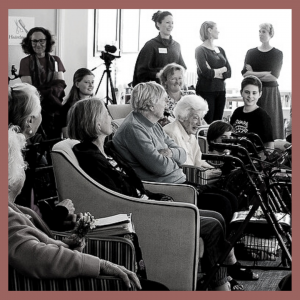 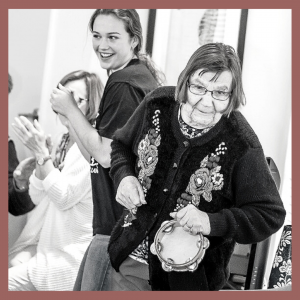 Proudly partnering with the following organisations