The Blackwood River Gliding By

Home / Past Productions / The Blackwood River Gliding By

The Blackwood River Gliding By

In 1830, young Georgiana arrived from England with her lately wed husband, Captain John Molloy, in the new Swan River Colony on an ancient land. As a young, hard working mother and farmer in the tiny settlement of Augusta on the Blackwood River and later on at the Vasse, the brave-hearted Georgiana lived an eventful and challenging life. After a chance meeting with botanist Joseph Mangles, she discovered her passion for collecting specimens of the beautiful and intriguing flora of the bush; a passion that secured her renown on both sides of the world.

With her husband often away young Georgiana worked hard as a wife, mother and farmer in the tiny settlement of Augusta on the Blackwood river. After James Mangles wrote from England asking her to collect botanical specimens for him, the frequent letters between them both reveal her very lonely life and the fulfilment she found in learning about the dozens of native plants that she collected.

Enderslea Farm, with its large stone barn built by ticket of leave men and the stone well, built in the style popularised by New Norcia, gives an evocative sense of place to these stories. With many cricket games and parties to raise funds for Holy Trinity Church, Enderslea was the 1850’s community centre of Chittering Valley.

Congratulations to you all, again! Thoroughly engrossed and felt the emotion and became fully immersed in Blackwood River Gliding By, this afternoon at Enderslea Farm. So beautiful. It was wonderful to enjoy the intimate surrounds at the Farm. 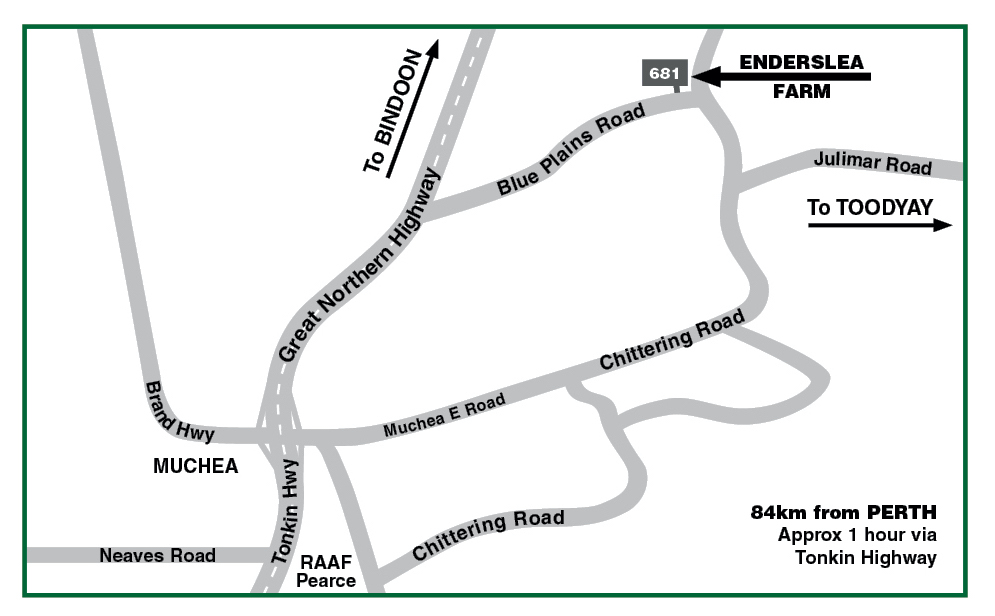