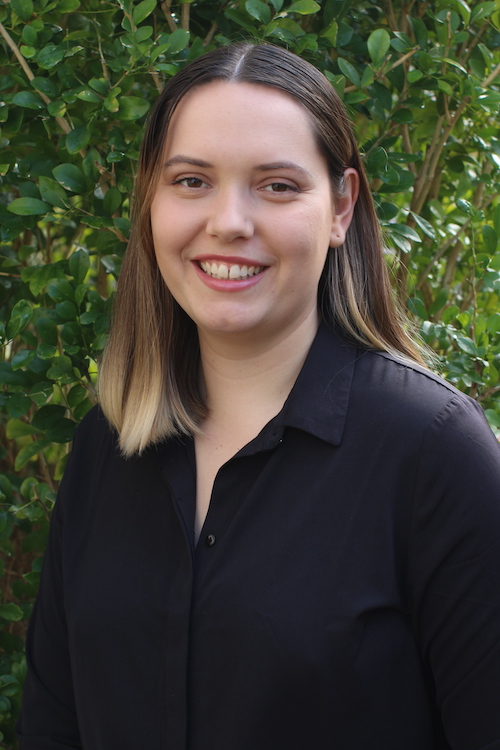 Rachael Canning is an emerging Production/Stage Manager and Arts Practitioner based in Perth.

Blue/Orange is Rachael’s second production with THEATRE 180, having worked as Assistant Stage Manager on their 2021 double-bill The Children, directed by Stuart Halusz, and I & You, directed by Kate Cherry.

Recent credits include Stage Manager for the Perth Festival commissioned And The Earth Will Swallow Them Whole, choreographed by Rachel Arianne Ogle, Stage Manager for Freeze Frame Opera’s double-bill Angels & Devils, and Assistant Stage Manager for The West Australian Ballet’s productions of GENESIS and Alice. Rachael just recently joined the Props Crew as a swing on GWB Entertainment’s Perth leg of their An American In Paris tour, performed at Crown Theatre. Rachael has worked with City of Melville on various projects, including their annual Melville Midwinter in 2021 and 2022, this year stepping up to run the event show call.

Rachael has spent a lot of time at The Western Australian Academy of Performing Arts (WAAPA), both as a student and as a professional. In 2021, Rachael was Production & Stage Manager for LINK Plan B, as well as recently working as a Stage Management Mentor for the current students. Before graduating from WAAPA and receiving her Bachelor of Performing Arts – Production & Design, majoring in Stage Management, Rachael seconded through Perth Festival with The Last Great Hunt on their 2021 premier of Whistleblower. Rachael spent the rehearsal process as a stage management secondment student and stayed on with the production to work backstage throughout its performance season.

Rachael has had a passion for the arts since a young age. To her, art is the practice of communication, whether through visual mediums, movement, sound, light, voice, or the written word. Artistic expression is integral to our lives, and it brings Rachael great joy to work in the industry that enriches, teaches, and entertains our communities.

From rehearsal to the first of the tech ...

We are proud that Blue/Orange Season Sponsor, ...

BLUE/ORANGE by Joe Penhall
Delighted to ...