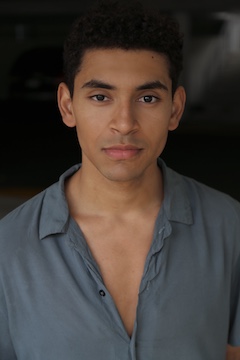 Born in San Diego, California, Darius Williams is passionate about diverse and classical stories across the screen and stage. Recent work has included playing the animated lead in the Australian Feature film Don’t Go Below (2021), and the titular role in Shakespeare’s Hamlet.

Darius’ commitment to acting was solidified after his debut performance as the lead in the family adventure film Dinosaur Island (2014).

Continuing his passion for screen acting, Darius played ‘Ty Anderson’ in the award winning storyline on the Australian drama series, Home and Away (2017-2018).

Darius looks forward to contributing to the arts industries in both the Australian and international markets.